On this page, we will cover a range of topics of interest relating to the history of Kidwelly and the surrounding area. These will primarily focus on subjects of the Kidwelly Local History Society talks, and the page will be updated regularly.

Presentations (below): Click on the ‘enlarge’ double-headed arrow in the bottom right-hand corner of the grey bar at the base of a presentation to see it in full-screen  view (press ‘esc’ to return to the original view)

Our Chair, Vivian Summers, has put together an account of the life of his uncle,  noted Kidwelly character Oliver Vincent Morgans. This is a charming memento of a very interesting man, and it provides a fascinating insight into Kidwelly life in the 1930s. You can read more from the attached pdf file. 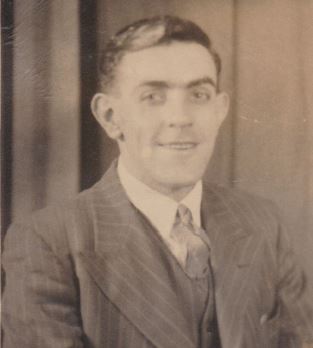 A study from RCAHMW based on aerial photography during the drought of 2018 suggests tht there was a Roman road linking Carmarthen and Kidwelly, and possibly a Roman Fort at Kidwelly. You can read more about this on the RCAHMW blog.

The video below shows more Roman findinds from the RCAHMW :

the drovers in west wales (presented by bruce smith of ferryside, november 2017)

The Drovers in West Wales from Kidwelly Local History Society 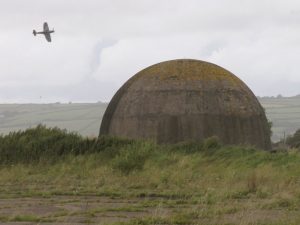 presentation by Pembrey Mountain Trust on the Gunnery Training Dome situated in Pembrey Airfield. It is the only building of its type in Wales, and an important architectural reminder of the significant role of Pembrey and surrounding area during World War 2 . Some links for more information follow, including information about forthcoming Open Doors event at the Dome:

Maps and Mapping at the Royal Commission (presented May, 2017)

Maps and Mapping at the Royal Commission – Tom Pert from RCAHMW

Information associated with the slides above can be found in this accompanying document: Travels abroad with Hermione

Holy Wells in the Kidwelly area from Christine Davies

Lady of fashion from Kidwelly Local History Society
Information associated with the slides above can be found in this accompanying document: AGNES HERMIONE JENNINGS

The history of Gellideg Mansion, Llandyfaelog, by Vivian Summers (presented 2014)